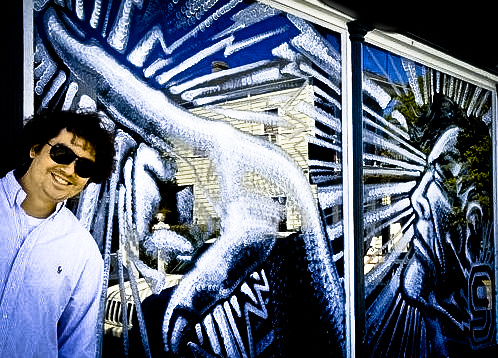 I STOP TIME for individuals, publications, non-profits, and corporate clients.

NEW ORLEANS INTRO
In 2001, Greg visited to tour Loyola University. Prior to seeing a classroom, he was guided to the now-defunct Funky Butt Jazz Club. The sounds, food, drink, and joyous attitude were infectious. Greg had been taken back in time to Storyville and never wanted to leave.

A BORROWED FILM CAMERA
Born and raised in Oklahoma.  With his father employed at radio stations and newspapers, Greg was able to peek behind the curtains of concerts and special events to see the inner workings firsthand.

He borrowed a camera from his parents in 2003-2005 to shoot friends in the New Orleans music scene, dilapidated buildings, and iconic signage. Post-Katrina, Greg realized the importance of capturing his disappearing surroundings.